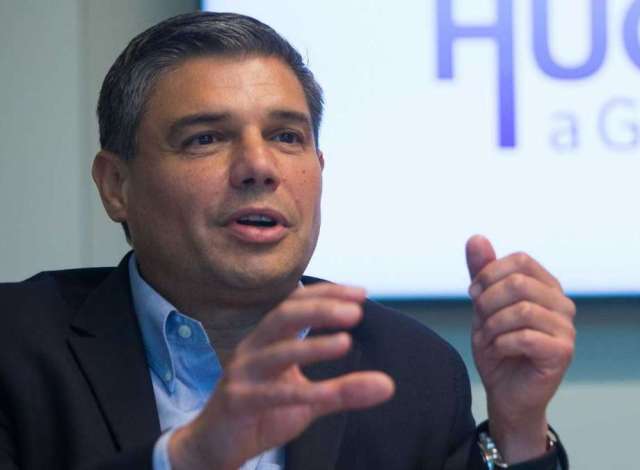 The newly merged Baker Hughes reported a $104 million net loss and revenues of nearly $5.4 billion in its first quarter as a bigger industry player under the General Electric umbrella.

Baker Hughes, a GE company, had seen growth in the booming U.S. shale market, but new Baker Hughes Chairman and CEO Lorenzo Simonelli cited a «deceleration» in the third quarter with the U.S. land rig count up just 6 percent in the quarter, versus 40 percent for the full year.

Most of the rest of the world continues to languish with sluggish oil prices.

«We expect the overall oil and gas environment to remain challenging for the rest of the year,» Simonelli said. «We have seen some improvement in activity, but we have not seen meaningful increases in customer capital commitments. Oil prices remain volatile and, as a result, our customers remain cautious.

«We continue to support our customers through innovative solutions and solid execution and are focused on integrating and driving the best of both legacy businesses,» he continued, adding that he’s more convinced than ever that the merger occurred at the right time.

Simonelli, who previously headed GE Oil & Gas, took over as Baker Hughes CEO in July after the merger of Baker Hughes with GE’s oil and gas division was complete. He added the chairman title in the beginning of October. GE owns more than 60 percent of Baker Hughes, which is traded under the «BHGE» stock ticker.

Traditional oilfield services and equipment accounted for more than $3.2 billion of the new Baker Hughes’ revenue. GE added much more to the company’s newer turbomachinery and digital solutions divisions.

Baker Hughes counted fewer than 70,000 employees when the merger was completed. The company hasn’t yet provided an updated headcount.